Calm and sunny with a touch of frost.

I spent some time out and about trying to make the most of the cracking weather attempting to pick some of the "missing" species that I knew had to be around. This was largely successful with five more new for the Øygarden 2020 list.

First stop was Hjelme Vest, although a number of the hoped for target species failed to show. At least six Black Guillemots teist, 35 Long-tailed Duck havelle, a Curlew storspove and the first Gannet havsule of the year were the best of the sightings over the sea. No other auks, no divers and no grebes....

The woods were more productive too with the usual Crested Tits toppmeis along with Brambling bjørkefink and Redpoll gråsisik.

Next up was Dåvøy where the hoped for / expected Slavonian (Horned) Grebe horndykker showed. A Common Crossbill grankorsnebb flew over and there were 41 Grey Heron gråhegre at the roost. 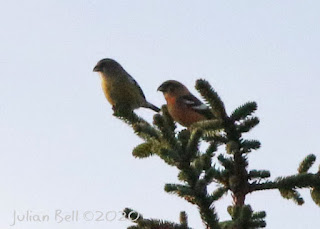 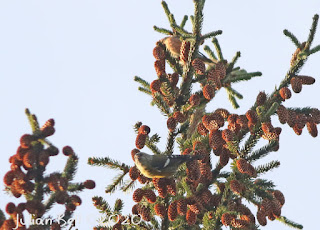 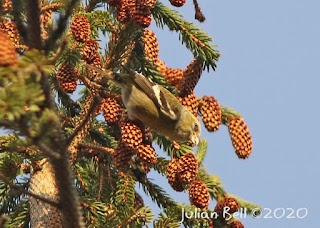 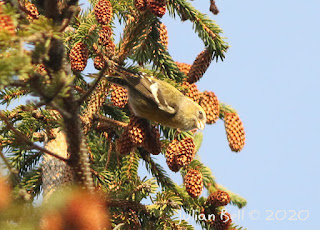 On the way home I popped in at Hatten where birds of the day were a flock of seven Two-barred Crossbill bånkorsnebb. A Jay nøtteskrike put in an appearance along with a selection of the usual woodland suspects.