Essentially a camping trip with two of my daughters, but needless to say some birds were seen.
Somewhat cooler up on the vidda - fantastic! Temperatures were definitely shorts and T-shirt but at long last probably not over 20 degrees.
An afternoon stroll produced Temminck's stint temminkssnipe, Shorelark fjellerke, Ptarmigan fjellrype, Rough-legged Buzzard fjellvåk, Velvet Scoters sjoørre, Bluethroat blåstrupe, a selection of other wildfowl and small numbers of the usual waders. 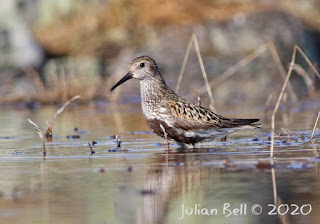 Evening view from the tent... 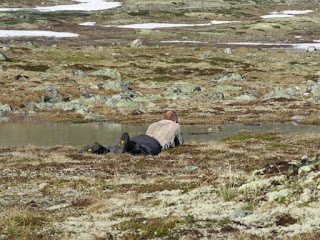 How my daughters see me - here photographing Temminck's Stint 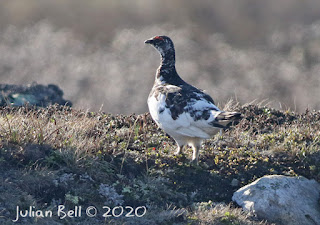 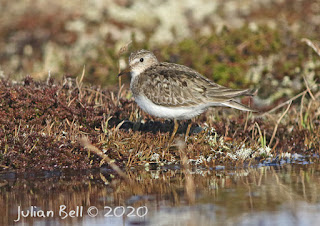 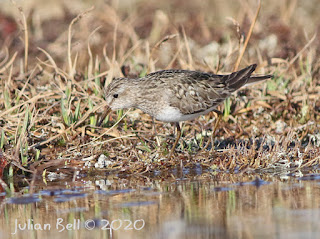 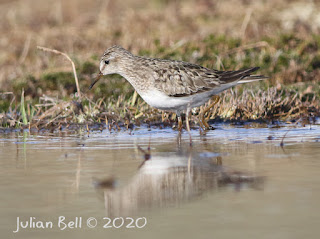 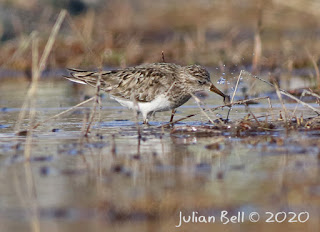 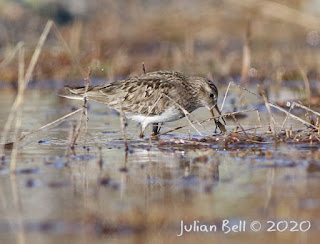 This bird caught a couple of rather large grubs / larvae during the short period I  watched it.
No display flight or song.
I awoke bright and very early the next morning and pottered about whilst waiting for the girls to wake up. More Shorelark, a few Bluethroat, Willow Grouse lirype and most of the usual species for the area BUT NOT ONE SINGLE LAPLAND BUNTING. This is the same area that in some previous years they seemed to sing from every large rock. 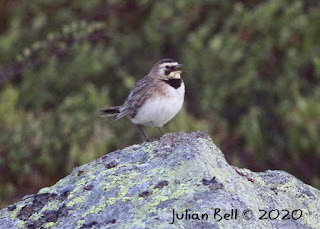 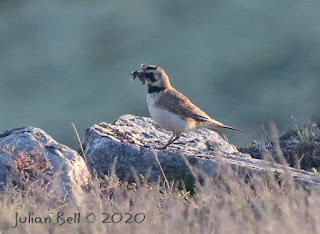 Where there is food there is hope......and this bird just kept gathering up more and more after this photo was taken 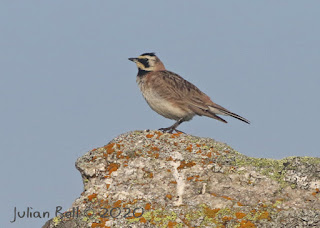 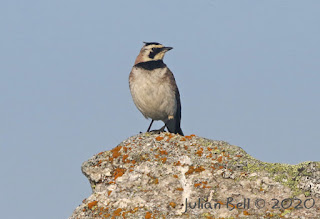 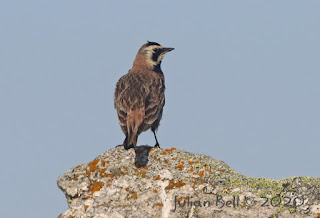 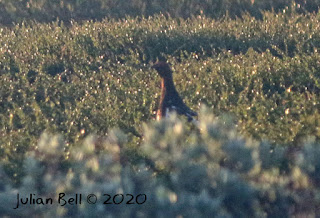 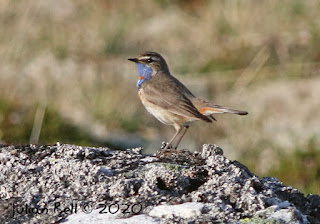 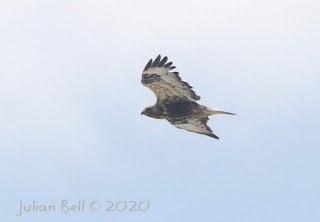