I have been working out of the Kollsnes gas processing plant in Øygarden for the last few weeks. Although there has been no birding as such I have parked my car and walked through the area daily. Photography is not allowed so my camera has been left in my car.

I have spent up to several seconds taking the following photos from my car window. I'm sure the photography ban doesn't cover the birds..... 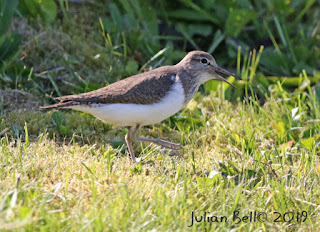 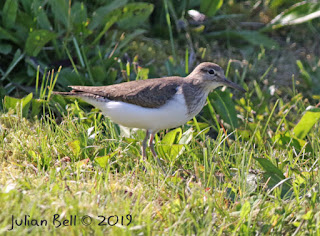 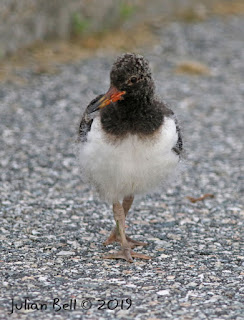 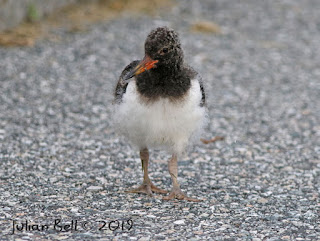 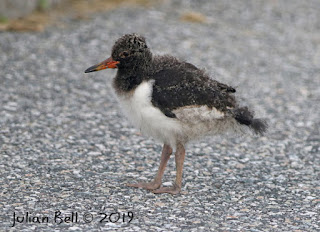 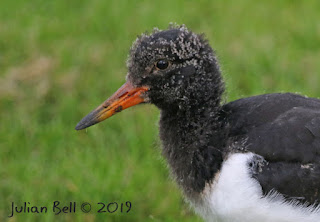 A few pairs of Oystercatcher tjeld have well grown young 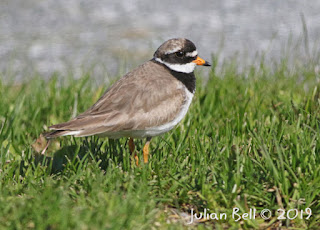 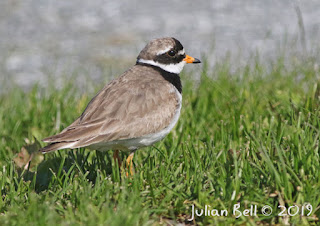 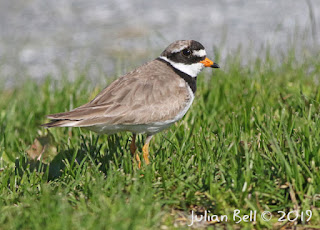 This Ringed Plover sandlo had at least one young in tow. Right outside the accomodation block inside the plant

The Kollsnes plant covers a large area, much of which seems to be undisturbed a lot of the time. It is fenced off and access strictly controlled so there are no walkers, joggers or other normal forms of disturbance. At least five species of waders breed inside the fence - and I saw young of three of these without even trying. Curlew storspove, Ringed Plover sandlo, Common Sandpiper strandsnipe, Oystercatcher tjeld and Snipe enkeltbakkasin were breeding in the area during my time there. I strongly suspect that Lapwing vipe also breed within the fenced off area but may already have moved out. I only saw part of the area, it would be interesting to have a walk around more of it, preferably with binoculars...

Almost on a par with the nature reserve at Tjeldstø (where cats and other disturbance are prevalent).