Barely out really but the sinensis Cormorant mellomskarv remains as does one of the Carrion Crows svartkråke. Other than that just an unseasonal Wigeon brunnakke of note.
The first Eider duck ærfugl chicks were seen at Solberg.
A fishing trip in the evening gave some great views of the local gulls...
Common Gull fiskemåke
Herring Gull gråmåke
﻿
Posted by Jules at 9:24 pm 0 comments

Took the weekend "off" and didn't do much either in the field or on the computer - the latter at least was a welcome break. 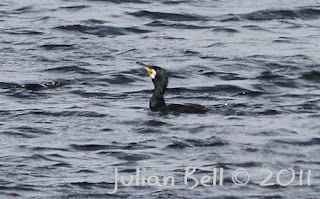 Rather murky with light rain to start with, clearing later

Highlight of today's trip was without doubt at least two, possibly four Common Rosefinches rosenfink. All seemed to be second year males which sang throughout the morning. The only other migrant was a Spotted Flycatcher gråfluesnapper.

Other visiting birds included a couple of Black-headed Gulls hettemåke, a Golden Plover heilo  and a Red-throated Diver smålom. 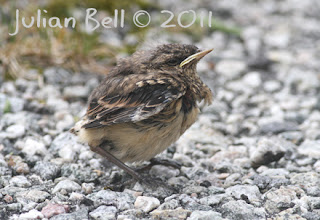 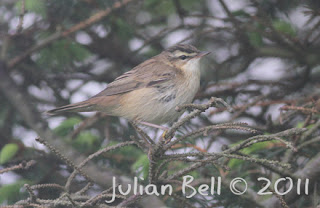 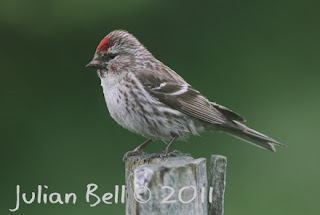 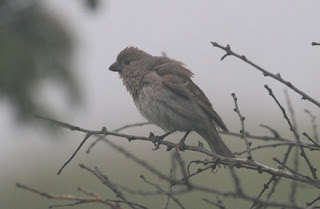 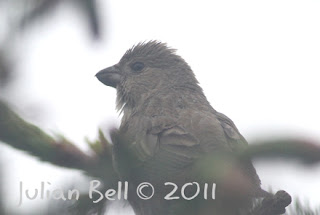 Plenty of activity among the local breeders with Twite bergirisk, Sedge Warbler sivsanger and Lesser Redpoll brunsisik very obvious. Newly fledged Wheatear steinskvett were the first of the year - possibly a little early out of the nest....
Posted by Jules at 12:59 pm 0 comments

A quick stroll around the reserve produced little new with a female Merlin dvergfalk making a pass at some Meadow Pipits heipiplerke as the highlight. A Sand Martin sandsvale or two joined the Swallows låvesvale feeding over Husvatnet and the Reed Bunting sivspurv was singing again after a long period of silence. 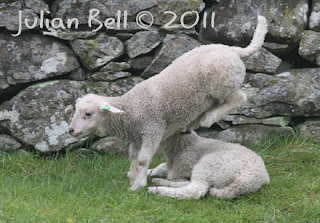 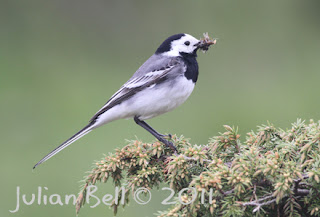 White Wagtail linerle with a big beakfull of bugs for its young
Otherwise it was very much business as usual.
Posted by Jules at 5:54 pm 0 comments