Tjeldstsø 21 December 2016 - Much better than expected

The weather forecast predicted a storm but I got lucky with the timing of today's trip out - the wind dropped and the sun came out for the duration of my walk with the dog. I took things easy and just did a short walk through the reserve. 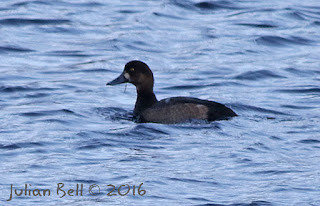 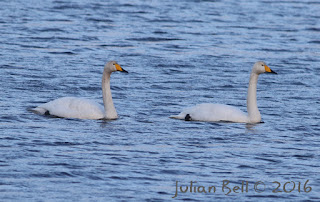 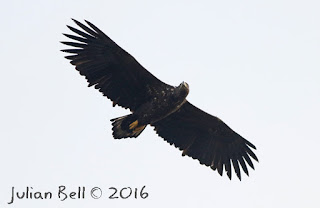 Highlight was a first year male Scaup bergand. Singles of Redwing rødvingetrost and Fieldfare gråtrost were present and I saw the first flock of Chaffinches bokfink I've seen for a while. Other stuff included 11 adult Whoopers sangsvane, a few White-tailed Eagle havørn and the usual Crested Tits toppmeis.

Three more White-tailed Eagle havørn patrolled in front of the house at Nautnes.
Posted by Jules at 2:26 pm 0 comments

Short hours of daylight, several days at the office and Christmas getting in the way of any meaningful birding. 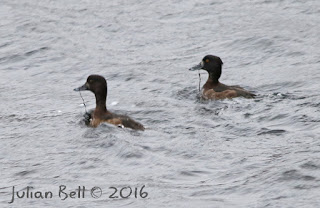 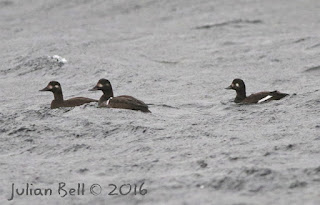 However, some species still hanging in there for an attempt at overwintering. These included a Woodpigeon ringdue and a Woodcock rugde at Nautnes, at least one flock of Greylags grågås seen at various locations, a couple of Snipe enkeltbekkasin at Herdlevær, singles of Redwing rødvingetrost, Curlew storspove etc.

Other than this fairly quiet with only small numbers of Long-tailed Duck havelle, up to three White-tailed Eagles havørn at various sites, Whoopers sangsvane, Velvet Scoters sjøorre and a flock of 42 Herons gråhegre at the Dåvøy roost.

Herdlevær 11 December 2016 - These are better days

A fantastic day weatherwise - no wind at all, mostly sunny and mild. 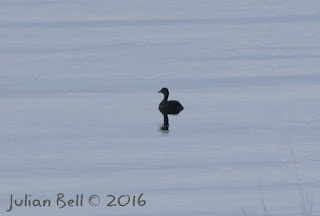 Not too bad for birds either - highlight was my first local Little Grebe dvergdykker for the year. A Slavonian Grebe horndykker also put in an appearance. 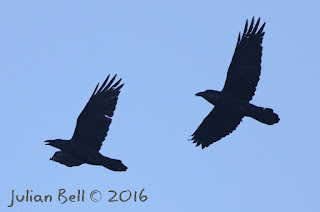 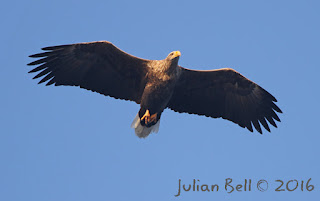 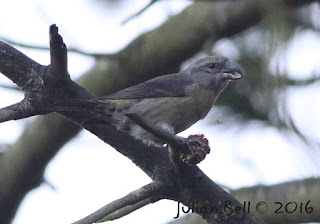 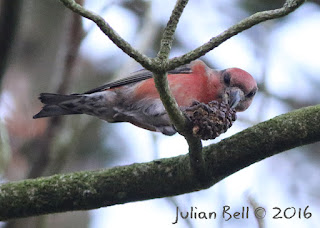 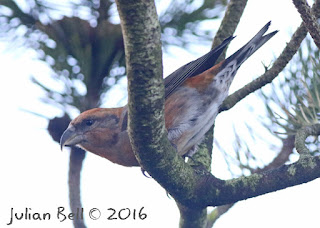 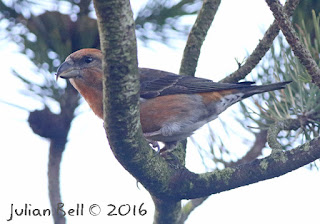 
A flock of Common Crossbills grankorsnebb with larger than normal bills foraged in trees beside the car park. Nice.

Earlier in the day a very vocal Water Rail vannrikse made itself very noticeable from my garden at Nautnes.
Posted by Jules at 10:44 pm 0 comments

It was relatively late before we got out for a walk. The sea was very quiet with just a few each of Common Scoter svartand and Long-tailed Duck havelle. Best bird was a Curlew storspove feeding on one of the islands.

This reduction in the number of birds, especially seaduck, reinforces the impression I have had in the few days since my return. 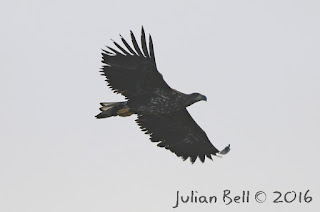 Only one White-tailed Eagle havørn put in an appearance.

Calm, mild and not raining! 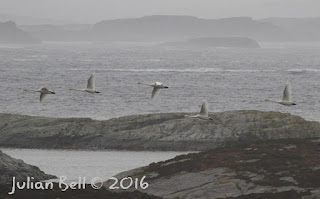 
An unexpected sighting were six adult Whoopers sangsvane feeding in the lagoons - this is a regular wintering area for them but normally is only used when freshwater is frozen. 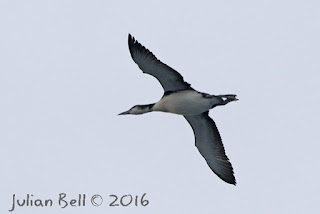 
I did no real seawatching, just looked out over the sea whilst I ate my sandwiches and had a cup of coffee. Virtually the only bird that passed was a single Great Northern Diver islom heading south. It was quite close in though. 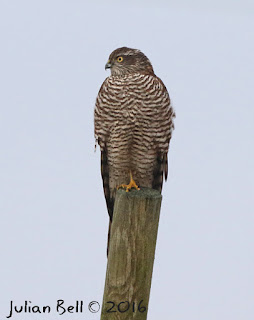 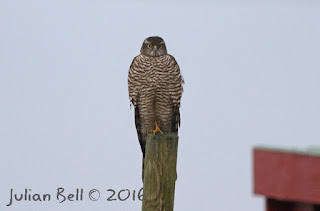 
Otherwise it was just the usual White-tailed Eagles havørn and a few Crested Tit toppmeis. A Sparrowhawk spurvehauk posed nicely beside the parking area as I left.

A few random shots from yesterday: 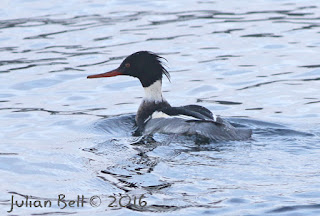 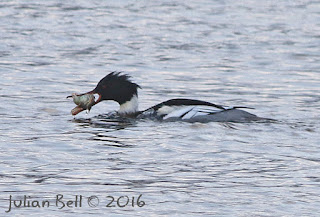 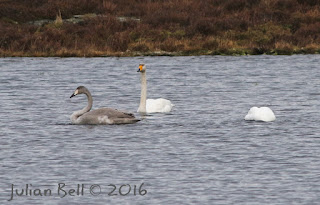 It seems Whoopers sangsvane with young are nearly always forced off onto the less optimal areas with adult only groups being dominant,

A dull and wet day.

Spent most of the day catching up on stuff that has built up whilst I have been away and didn't really get out.

First bird I saw from my terrace this morning was a White-tailed Eagle havørn keeping a very close eye on a hunting Otter - in fact I suspect the eagle had already stolen the otter's catch by the time I got onto it. This was closely followed by a Little Auk alkekonge feeding in front of the house.

The Grey Heron gråhegre roost at Dåvøy has now increased to at least 38 birds - showing that Øygarden is a popular wintering location for this species. 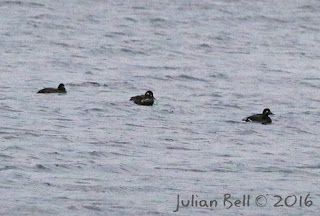 Hopefully there will be more time to get out and about tomorrow......
Posted by Jules at 1:46 am 0 comments