SE winds and sunny but rather cold - a degree or two below freezing and a seemingly disproportionate amount of ice forming - even on the shores. 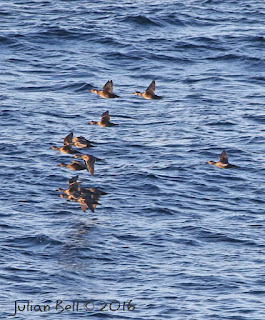 Part of a flock of Common Scoter svartand 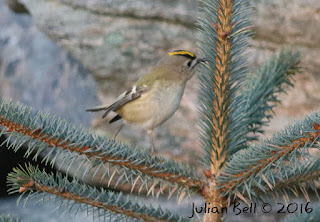 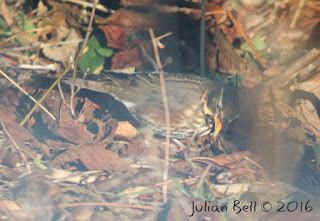 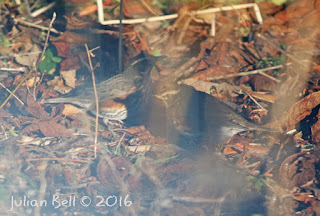 Today I actually went birding but the results were rather less than I hoped for. I started off at Skogsøy early on where there was not a lot passing. Small numbers of Common Scoter svartand, auks (though I only managed to identify a few of them due to the "heat haze" out to sea), a Whooper Swan sangsvane that came in from the sea - from the direction this could well have been a bird arriving from Iceland. White-.tailed Eagle havørn, Black Guillemot teist and Little Auk alkekonge were among the other species seen here. Redpolls gråsisik and Common Crossbill grankorsnebb still very much on the move.

I did a drive-by at Herdlevær where a flock of Redwing rødvingetrost foraged under leaves and were spooked by a Woodcock rugde that flew in.

At Solberg a late Oystercatcher tjeld and several Purple Sandpiper fjæreplytt were the best sightings.