Work, car repairs and family commitments meant that this week didn't really happen in a birding context. There was barely even time to look out of the window but when I did both White-tailed Eagle havørn and Otter were very regular. 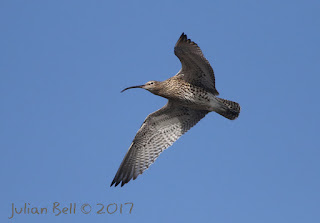 On 04 April I spent a massive two minutes or so birding. A couple of Pied Wagtails svartryggerle and the first Wigeon brunnakke of the year were on Husvatnet.

The next day I was not out at all but had a fly over Dipper fossekall at Nautnes and the first Brambling bjørkefink of the year in the garden. 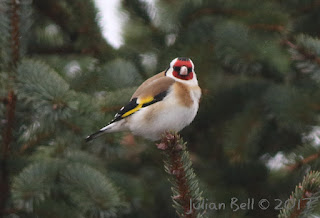 Goldfinch stillits in the garden

A Goldfinch stillits turned up in the garden on 07 April and stayed until at least 09 April. 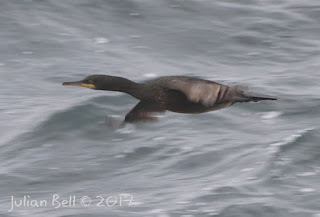 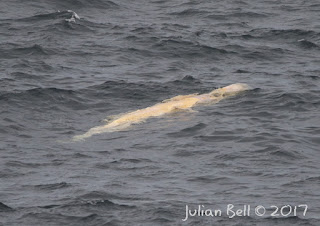 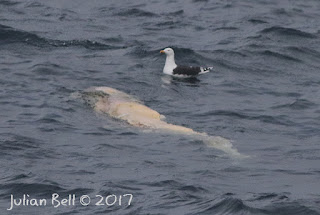 Dead Whale with its proud owner 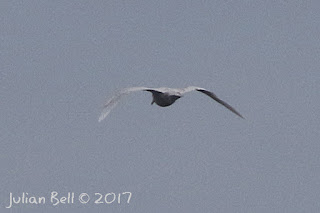 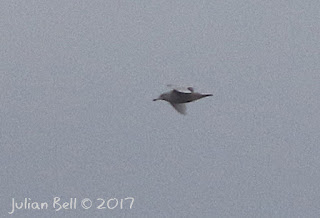 I managed a couple of hours out at Herdlevær on 09 April where the higlights were a fly over Glaucous Gull polarmåke and a long-dead whale of some description floating past. A decent selection of the usual early migrants were also seen.
Posted by Jules at 5:46 pm 0 comments

After last year's failed attempt to give up birding I'm not going to come with any rash statements. Lets just say I'm on an enforced break and that things will get better one day. 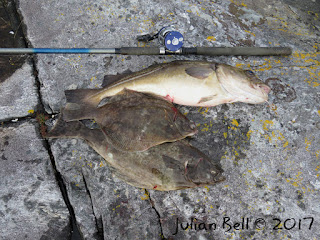 The "keepers" from 02 April - plenty more went back into the sea but these were dinner sized and then some. 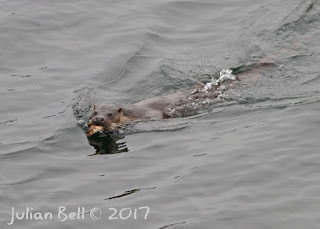 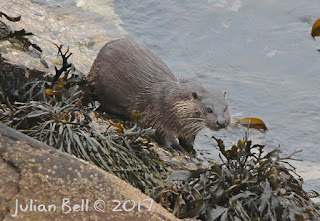 Not out in any meaningful way at all. A fishing trip on 02 April produced plenty of fish and the first Linnets tornirisk of the year along with fly over Common Crossbills grankorsnebb, White-tailed Eagles havørn and the usual.

On 03 April I went ALL THE WAY TO THE POST BOX without my camera - but luckily with bincoculars and had a Carrion Crow svartkråke fly over, also Nuthatch spettmeis singing in the "garden".

Generally quite springlike with LOTS of birdsong.
Posted by Jules at 6:05 pm 0 comments