Just a few Whimbrel småspove and a Golden Plover heilo on the migrant front. But magic just to be outside instead of sitting in front of a computer. Should have taken my fishing rod instead of my camera as I suspect the catch would have been better:) 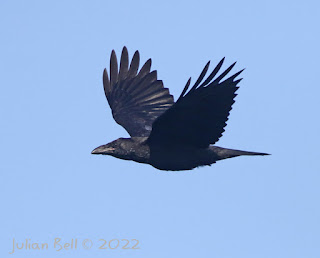 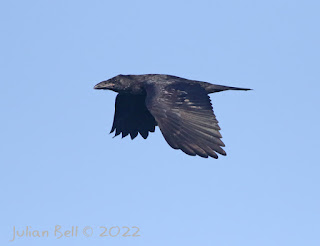 Small flocks of Twite bergirisk and Linnet tornirisk among the usual suspects.

A few Crossblll grankorsnebb flew over my terrace later in the day and yet another dead Gannet havsule washed up on the shore.

Predictably the weather did what is was meant to do and dumped some waders down. It is early yet so this meant several Whimbrel småspove, an adult Bar-tailed Godwit lappspove, and a Redshank rødstilk among other things. For the first time in a while there were two mink hunting in the area, once again turning my thoughts towards that hunting license I keep meaning to get - just so I can buy a shotgun. Scope, camera, shotgun, I'm going to need a bigger rucksack:) 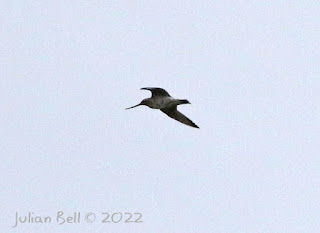 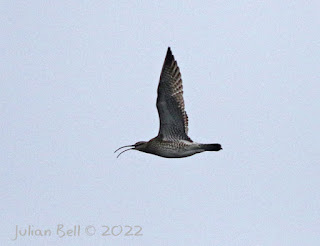 On 11 August a Merlin dvergfalk buzzed past my terrace

Finally some decent summer weather! Fresh North westerly winds with some light showers meant that I set my alarm clock for a relatively early start.

I was not disappointed:) One of the first birds to pass was a nice Sooty Shearwater grålire - the first of the year. A total of five Manx Shearwater havlire also passed including a nice flock of three. Several Fulmar havhest also headed north. Otherwise it was pretty much just Gannets havsule, a couple each of Puffins lunde and Guillemot lomvi and several Razorbill alke. 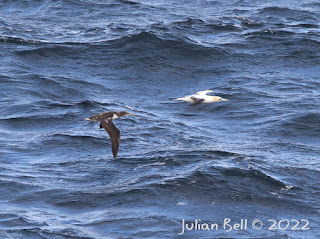 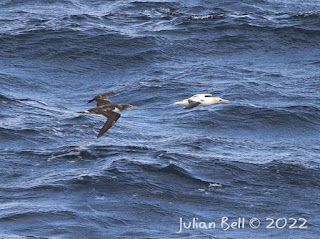 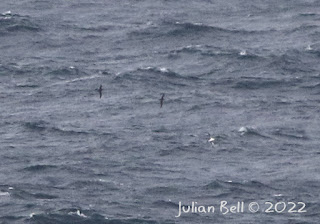 Three of a total of five Manx Shearwater havlire seen today - all in nice scope range but pushing it a bit for photos! Somewhat better images from my recent trip to Iceland here.

At least one White-tailed Eagle havørn put in an appearance on the way home but otherwise the woods and moorland were rather quiet.

FINALLY made it out of the house for a couple of quick trips.

Getting out in the field showed that there are indeed birds to be seen if one can get away from a computer.

My usual round at Herdlevær on 01 July was almost too hot to bird despite it being early morning. Best bird was a migrating Whimbrel småspove.

On 02 July in slightly cooler and windier conditions there was not much going on over the sea - just small numbers of Gannets havsule and Common Scoter svartand. That was until shortly after 0800 when two Sandwich Terns splitterne headed south at decent range. This species is barely annual in Øygarden. 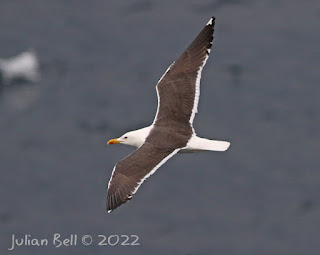 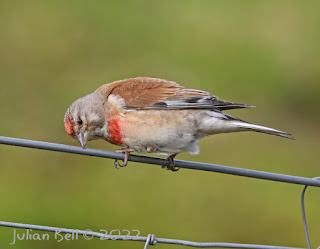 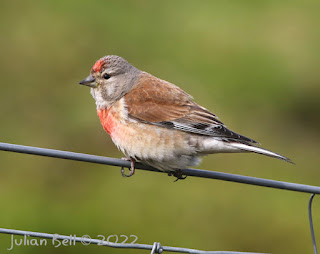 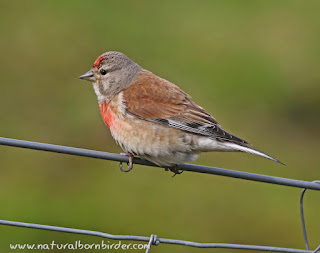 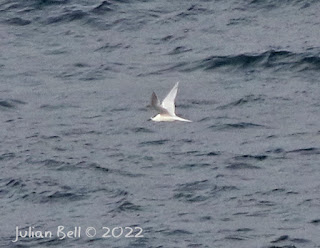 Above and below: Sandwich Tern splitterne (together with Common Gull fiskemåke below) 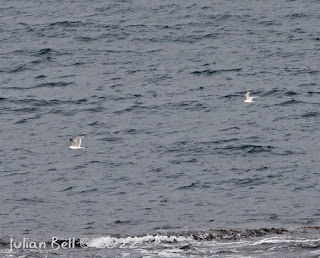 On my way home I picked up a smart male Ruff brushane at Husvatnet and a Woodcock rugde at Sture. 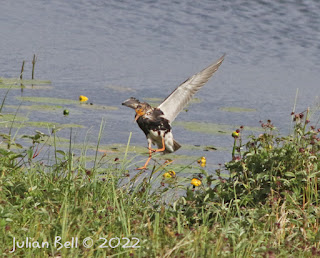 Male Ruff brushane in for landing 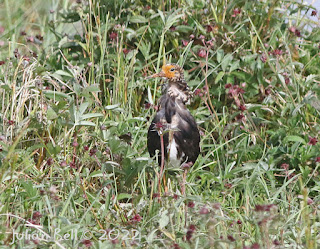 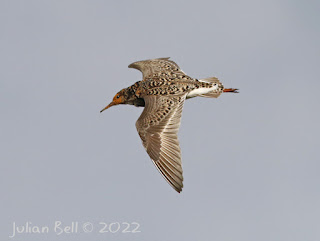 The new job is proving to be even less conducive for birding that the previous one. REALLY struggling now to get any meaningful time away from a computer.

Stonechat svartstrupe seem to be enjoying a bumper year with several pairs present, a few of which have produced young:) 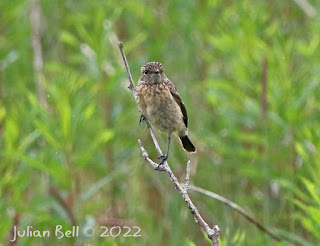 One of this years Stonechats svartstrupe 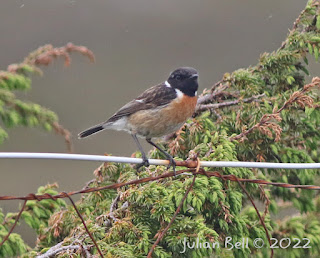 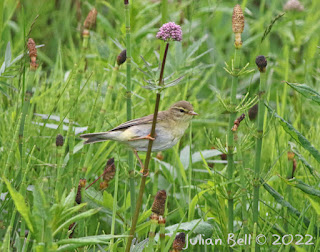 I saved up any free time I had for a walk on Gullfjell with my daughters in stunning weather on 20 June. Absolute highlight was the third record of Grey Wagtail vintererle at this locality, the previous one being in May this year and the previous record from October 2003 when I found the first one. Other than that it was barely even the usual with a few Ring Ousel ringtrost, a Whichat buskskvett and several Golden Plover heilo in the usual places. 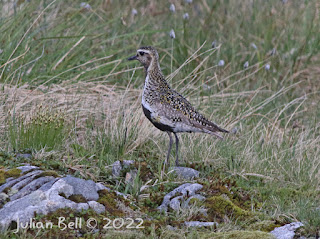 On 21 June I was yet again deskbound. Yet another sick Gannet havsule drifted in on the flood tide. 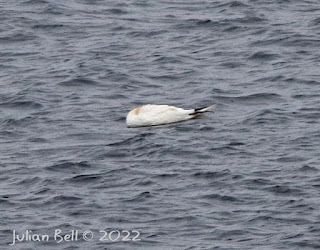 Sadly another bird flu victim. I have been contacted pretty much daily regarding this kind of thing.