Mild again but with a little more wind.

Barely time to get out at all today so a quick walk at Hjelme Vest after lunch was all that I managed. It proved reasonably productive given the short time spent there - highlight was a Red-necked Grebe gråstrupedykker - amazingly this seems to be the first of the year in Øygarden - but the first half of November is a very good time to see this species here.

A couple of divers gave me more problems than they should have and although at least one of them was probably a White-billed Diver gulnebblom I just had to let it go.

Other stuff worth mentioning was a Merlin dvergfalk hunting Purple Sandpipers fjæreplytt - of which there were around 50 present. The latter were the first of the autumn/winter for me. Several Velvet Scoter sjøorre, a few White-tailed Eagle havørn and most of the usual suspects.
Posted by Jules at 9:05 pm 0 comments

Yet another calm and pretty much sunny day.

Took things very easy with just a stroll around the reserve at Tjeldstø. Raptors were very much in evidence with three White-tailed Eagle havørn and at least three Sparrowhawk spurvehauk - quite possibly double that number.

New stuff in was limited to a Teal krikkand with the Mallard stokkand on Husvatnet and a single Tufted Duck toppand on Rotevatnet. At least three Whoopers sangsvane still present.
Posted by Jules at 3:45 pm 0 comments 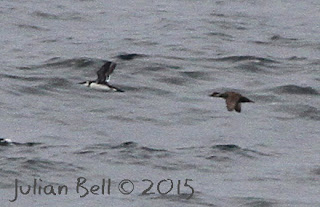 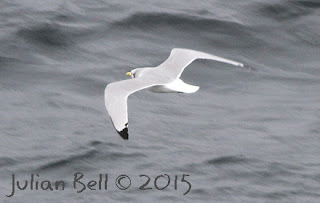 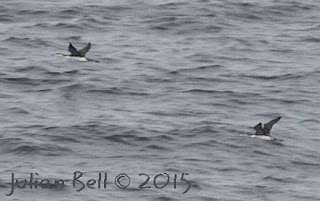 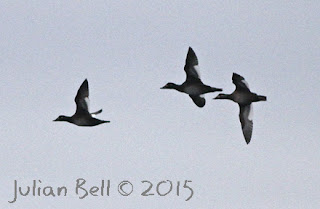 Spent a little over 1,5 hours seawatching. It was a fairly typical early November day with enough passing to keep things interesting. Highlight was a feeding White-billed Diver gulnebblom a fair distance offshore.

Passage included around 30 Red-throated Diver smålom, small numbers of Little Auk alkekonge and other auks including four Black Guillemot teist. Velvet Scoter sjøorre and a variety of other seaduck also on the move. Kittiwakes krykkje and various other gulls obviously on the move too,

A Sparrowhawk spurvehauk hunted a LONG way out to sea as did two Peregrines vandrefalk.
Posted by Jules at 9:18 pm 0 comments

Calm and mild. Amazing weather! Spent all morning sorting stuff out so it was quite late in the day before I got out.

One of the sunflowers in my garden has finally flowered, all the herbs still going strong - you'd never think this is November! 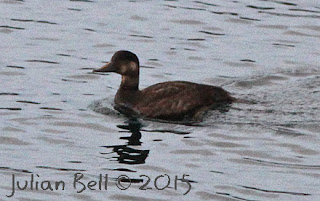 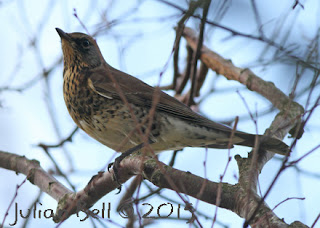 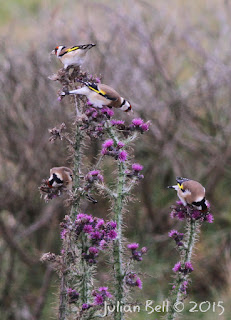 
Birdwise, however, it was typical early November - one of my favourite times of year. At Nautnes Waxwing sidensvans and Skylark sanglerke were among the species that flew over and there was a Common Scoter svartand on the sea in front of the house.

At Tjeldstø the best birds were a flock of eight Goldfinch stillits. The first Whoopers sangsvane of the autumn were also present with four adults feeding. No young birds though....

Yellowhammer gulspurv at Breivik, Guillemots lomvi seen at a couple of places, obvious movement of Kittiwakes krykkje and Gannets havsule over the sea,

All the usual thrushes on the move, Mealy Redpoll gråsisik, Crossbills grankorsnebb, Golden Plover heilo and plenty more besides
Posted by Jules at 8:52 pm 0 comments

Still not birding Øygarden - or anywhere else for that matter. 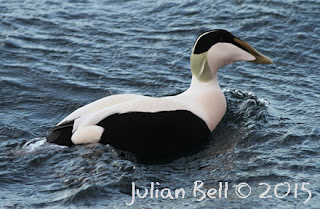 This male Eider ærfugl followed the vessel for a couple of days and looked like it wanted to climb onboard. 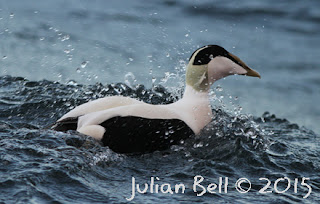 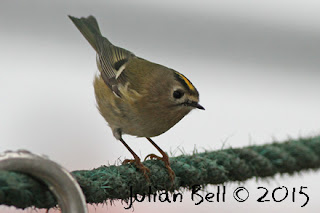 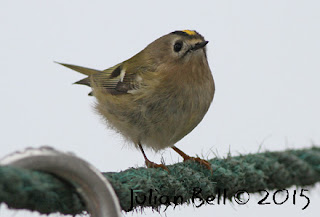 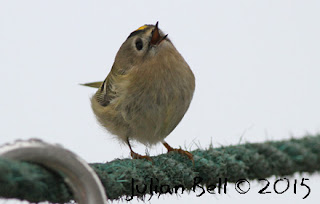 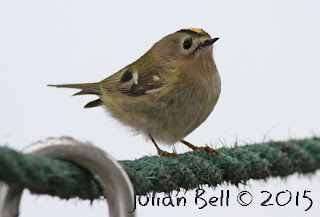 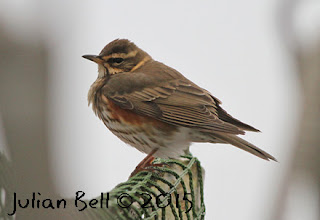 Redwings rødvingetrost were seen or heard more or less daily 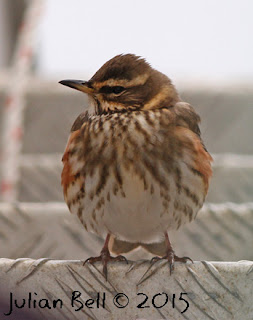 A grand total of about 20 minutes on deck in the space of two weeks produced quite a bit of movement at times. Best birds were Short-eared Owls jordugle seen on a few dates. Otherwise just the usual autumn migrants including four species of thrush and Little Auk alkekonge.

A couple of species I don't see much of around platforms also turned up - an Eider ærfugl and a Cormorant storskarv. 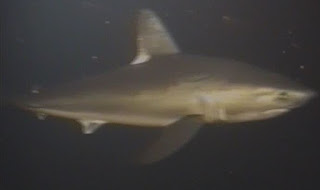