Rather variable weather this week with decent enough conditions on Monday and Tuesday and strong northerly winds on Wednesday and Thursday. Not that it made much of a difference, there was no time for anything other than some random drive-bys and very short forays away from the car.

On Monday 17 January I did a walk at Tjeldstø where nothing much of note was seen other than what was presumably the same flock of 20 Goldfinch stillits seen on one of my recent visits and a couple of Jay nøtteskrike - the first I have seen at this locality in 2022.

On Tuesday the only sighting of any interest was the long-staying Pinkfoot kortnebbgås at Breivik. A bird a number of the Bergen twitchers are making the long drive out to get on their year lists. 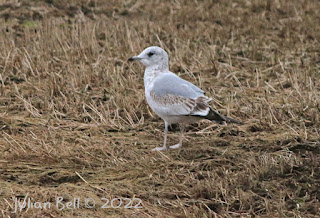 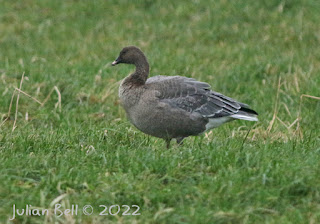 Second year Pinkfoot kortnebbgås at Breivik - still hanging out there with two Greylags grågås and a popula bird with birders from town this week. 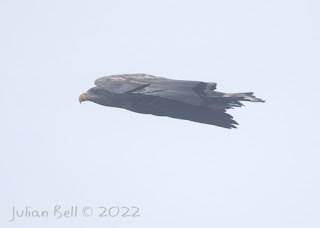 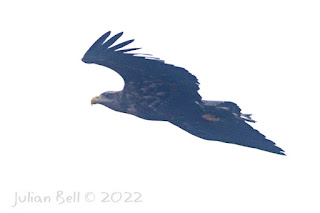 This winter has been a bumper year for colour ringed Herring Gulls gråmåke with as many seen this week as I normally see in a winter. Add that to the flurry of recent sightings and I begin to wonder what has happened. Is it the weather conditions? Were the ringers out in force locally this year? Or am I just so strapped for time that my habits have changed?

Wednesday provided another 2cy Herring Gull gråmåke ringed on the island of Fedje last year (a very strong showing of birds from there this winter) and Thursday gave two more at Tjeldstø - another 2cy bird from Fedje and a 3cy bird from Møre og Romsdal which I also saw here in Øygarden last winter. 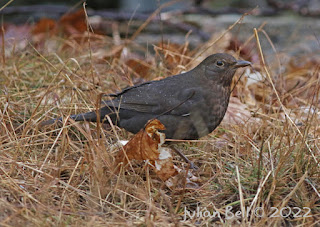 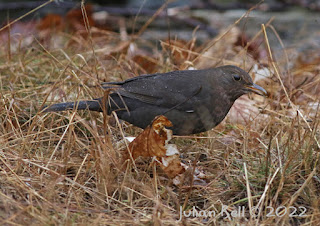 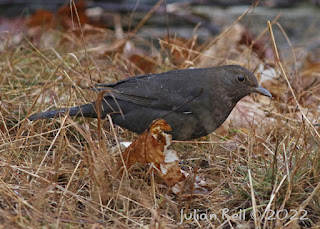 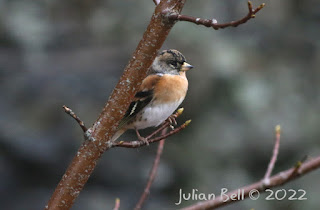 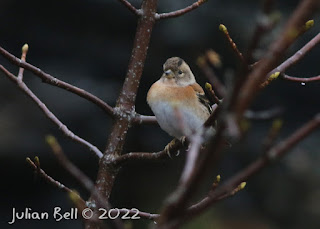 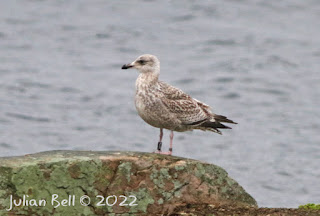 One of the colour ringed Herring Gulls gråmåke seen this week 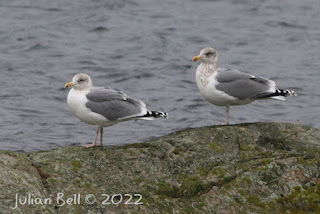 ...along with two adult birds showing the variation in head streaking at the moment - there are a couple of birds that have all white heads already - something that makes picking out the YLG rather more difficult now. 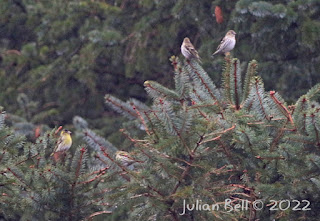 A walk at Blomøy on Thursday also clocked up my first Guillemots lomvi of the year with six heading north into the gale force winds over the fjord on the east side of Øygarden. Two minutes with my scope from the kitchen window on my return produced a few Kittiwake krykkje heading north - should have been at Skogsøy today but instead yet another Teams meeting:)