Yet another day in the cracking series of fantastic weather - at least for normal people.

I started the day at Skogsøy and already during the walk out to where I sit the trip was worth it - a Spotted Redshank sotsnipe flew south calling as it went:)

Migration wise it was quieter than my previous visit and some of the waders were even heading the wrong way. Largely the usual species such as Oystercatcher tjeld, RInged Plover sandlo, Golden Plover heilo, Dunlin myrsnipe, Sanderling sandløper and Turnstone steinvender but also a Curlew Sandpiper tundrasnipe (something of a scarcity in Øygarden, seen only 17 times since the first in 1988 and the first I have seen since 2016!) in one of the flocks. A bit frustrating as many waders were only heard as they passed either overhead or possibly too close in to be seen. 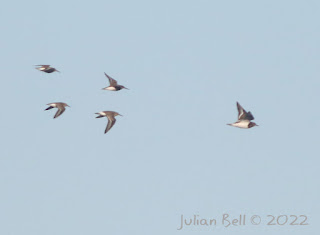 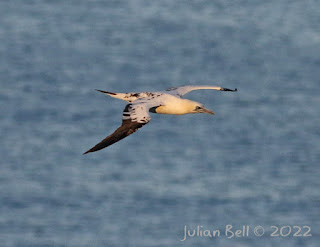 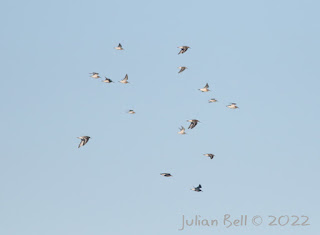 15 Red-throated Diver smålom, a few auks including Black Guillemot teist, a Velvet Scoter sjøorre, a few Arctic Tern rødnebbterne and at least a couple of Tuna makrellstørje were among the other sightings. 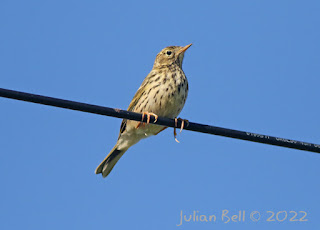 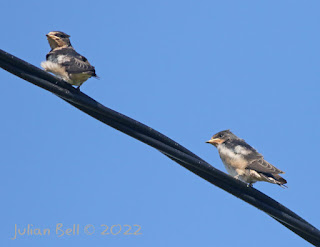 I spent an hour on my terrace and clocked up a few more species including a Common Buzzard musvåk heading north (only six previous observations in the "old" Øygarden), a Kestrel tårnfalk and a few flocks of Greylag grågås and Cormorant storskarv.

In the evening I actually left the house and met people which meant I returned home after my bedtime and was rewarded with a spectacular showing of the aurora borealis. Typically I couldn't find my smallest lens and had forgotten the settings to use so I in no way did any justice to the performance! 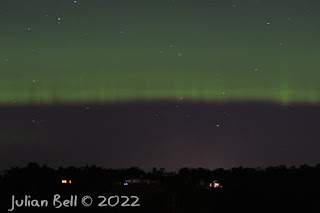 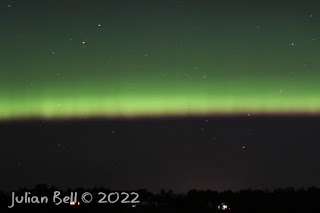 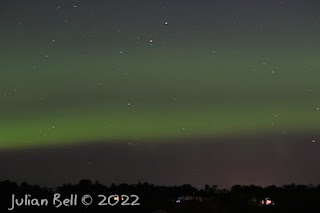 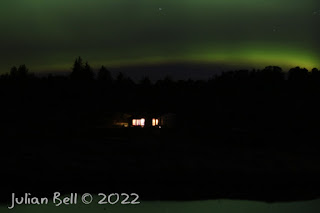 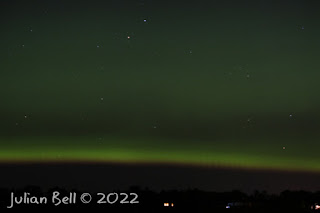 Some Northern Lights shots from my terrace. One day I really will buy a landscape lens in the hope that I can do this kind of thing some kind of justice:)