Another day of cracking weather, light southerlies and sunny.

This post shoud come with a warning - rather more pictures than usual:)

Already during the short drive to Herdlevær I felt this was going to be a good day. A couple of late Woodpigeon ringdue flew over the road at Breivik as did a Woodcock rugde and a Sparrowhawk spurvehauk.

The Jackdaw kaie first seen amost a week ago turned up shortly after I started my usual round. 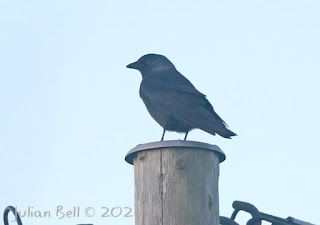 The walk out to my usual coffee and sandwich spot was relatively quiet. Howevr, a Ringed Plover sandlo on the shore was a real November rarity - the first record for November in Øygarden as far as I can tell. It was a first year bird and gave good views. As the sun rose the light improved and I crept down along the rocks to take some better photographs. Whilst doing this a flock of seven Purple Sandpiper fjæreplytt flew in and gave some decent photo opportunities. 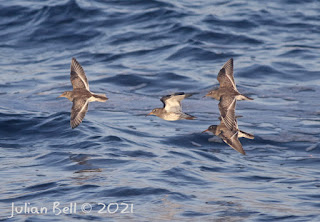 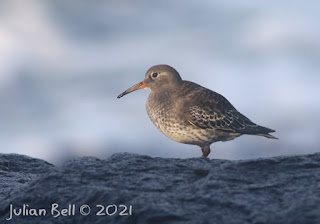 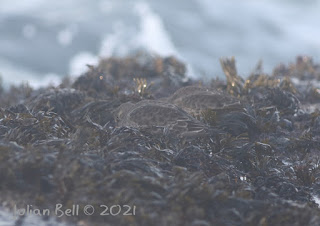 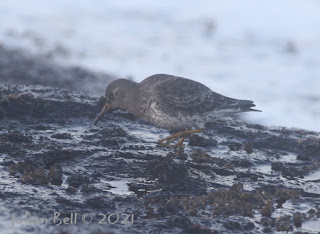 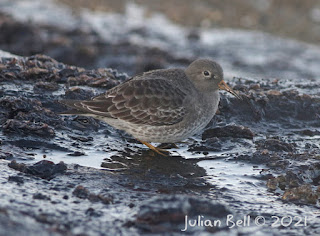 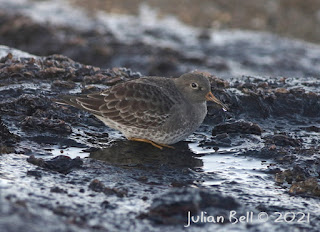 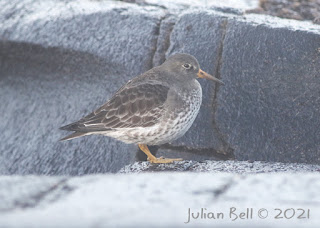 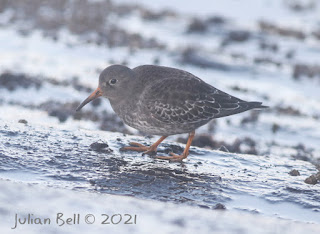 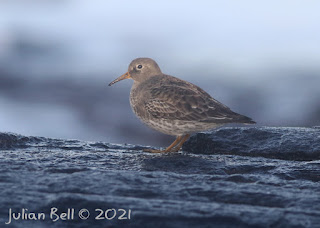 Purple Sandpipers fjæreplytt - one of my favourite species that takes me back to where I grew up.
This bird is probably the one that is to blame for the state I am in now:) 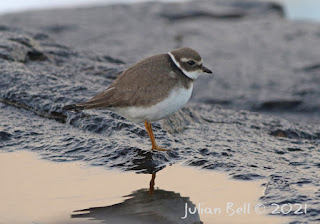 I was initially quite happy with this photo of a species that has not been recorded in Øygarden in November before. 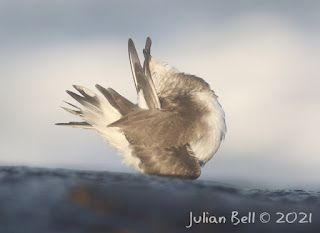 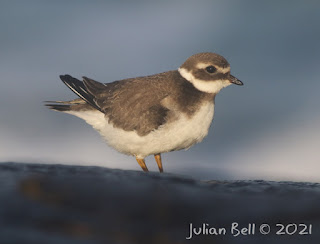 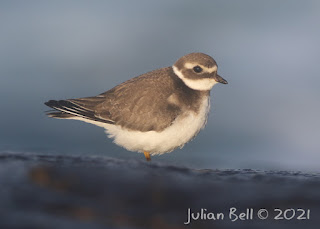 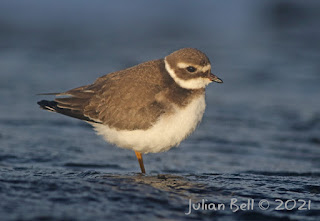 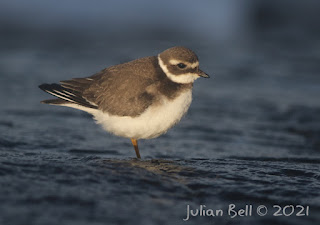 Then the sun rose ever so slightly higher and I had to go crawling back over the rocks....

Over the sea there was obviously a fair bit going on, albeit at some range, several Little Auk alkekonge, Kittiwakes krykkje, a Curlew storspove and most of the usual late autumn suspects. A Peregrine vandrefalk was on the lookout for unwary migrants.

On my way back two Chiff-chaff gransanger gave good views feeding on flies attracted to mature ivy - hopefully the ivy I have got going in my garden will produce flowers before too long:). Neither of them gave any tristis indications..... 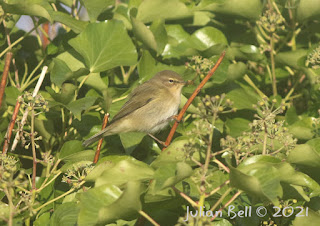 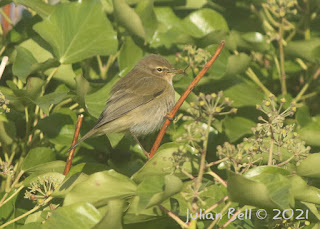 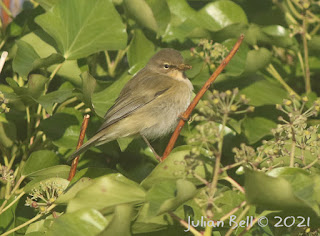 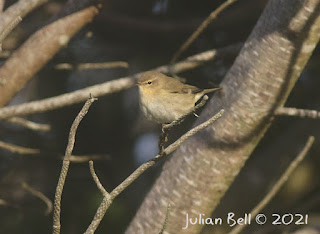 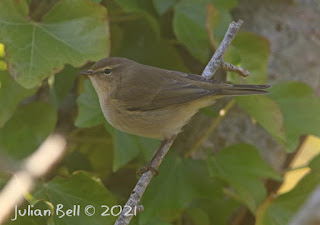 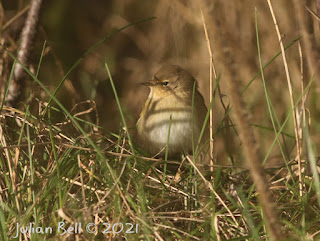 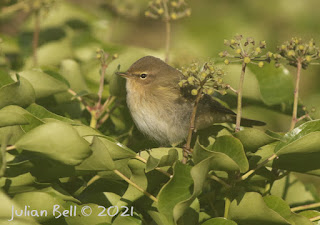 Some of the Herdlevær residents stopped me to ask if I'd seen anything rare just long enough to give a reasonable shot at one of the several White-tailed Eagles havørn seen today. 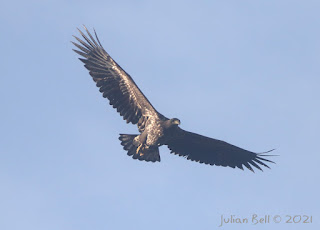 Heading back to Nautnes a brief stop at Tjeldstø showed that the Whooper sangsvane numbers had doubled to four - unfortunately all adults. They were, as usual, accompanied by a flock of dabbling duck which included a Teal krikkand and a Wigeon brunnakke.